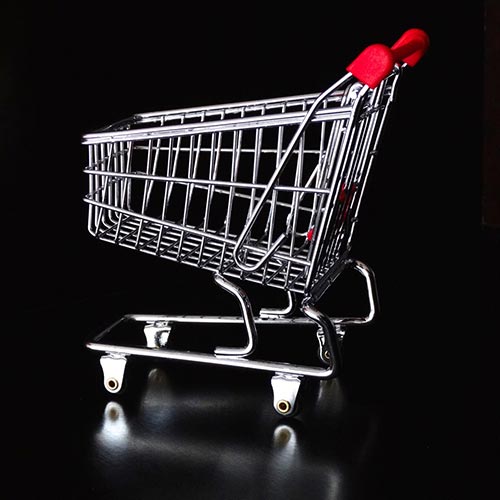 Shopify is a hosted eCommerce solution and is fast becoming one of the biggest and most successful eCommerce platforms in the world. To put Shopify into some numerical context, currently 270,036 websites using the Shopify platform, with a market share of 13% against other eCommerce platforms such as Magento and WooCommerce.

Here are 10 reasons while we would recommend using Shopify for your eCommerce website.

Shopify is a hosted platform. This means instead of hosting the site on your own server it is hosted on there own optimized servers. Unlike self host platforms like Magento which require a very particular server setup to run smoothly, Shopify manages the hosting and server config which ensures your store is always run at it best.

Due to Shopify be on hosted platform and the way Shopify stores are built using Shopify’s own language (Liquid). Any security updates that need to be done on the eCommerce platform are automatically performed as needed without any downtime for your store allowing you to continue to generate revenue through your store. Platforms like Magento requires the host to perform these updates and with older stores and the multitude of 3rd party plugins these can cause your store to break, leaving you hanging while the plugin developer or host catch up and create fixes.

Shopify has their own app store which can be used to extend the functionality of your site. These apps are all vetted and approved by Shopify before they can be added to the store. If they are costed then they operate on a subscription base, this payment model means that as long as the app is on your store you will get updates for the plugin automatically and be able to get support from the plugin developer without extra charge. Platforms like Magento have numerous plugins which are not vetted by the platform, can cost £100’s to purchase and charge extra for future support and updates.

Shopify websites are designed to be customizable and put a lot of control in the eCommerce website owners hands. Your stores theme can be edited within the control panel of the site from the simply moving the content and section on the pages to making edits to the different templates files if you wanted to. Shopify has its own vetted theme store and we can also help build a new theme to fit your brand.

In addition to the support we can offer, Shopify also has its own customer support team who can help 24/7. In addition to this they also have excellent documentation in there help center on a number question and topics you may have about your store.

Shopify has a built suite of tools to help you manage marketing your store and to see a number of stats about your store and it performance. It also has built-in functionality to optimise it for search engines. Also on the App Store you will also find some additional options that can be bought and added in giving you better options.

Shopify can act as more than just online store. The Shopify admin can also add sales channels for the following out of the box:

There are also a number of apps to integrate with other external systems which help to make sure your stock level stay the same across all your platforms.

Shopify has built-in Abandoned cart recovery which means you can alert your customers if they abandon their carts without checking out after a set amount of time.

Shopify has a generator built directly in the admin to help to generate GDPR complaint Refund, privacy, and TOS statements. These are a great starting point and are easy to edit to your needs. As GDPR has been the flavour of 2018 so far, this has been one of the biggest benefits allowing small to medium businesses to do what they do best, rather than worrying about legal informational pages.

a full list of the UK supported gateway can be seen here: https://www.shopify.co.uk/payment-gateways/united-kingdom

Why don’t you get in contact today to see how we can help you to get your online store up and running on Shopify.

Kind Words From Our Clients...

A big shout out to @yourmosaicmedia for working with us to create an amazing new website which reflects the passion and dedication of PAPYRUS.

Finally, a marketing company that does actually get to know you, understand your business & customers to truly help put a marketing plan in place.
Thanks, everyone at Mosaic Digital Media for all your hard work.

I have been working alongside Stacey and Liam for the past few months to get our new eCommerce website live, and I couldn't be happier with the service they've provided. Even having recently gone live, they've continued to assist me with issues I've been running into (no fault of theirs). I can't recommend Mosaic enough, if you're looking for digital media services then give them a call. Mosaic, I look forward to working with you in the future.

We have been so happy with the whole process of the website build and completion through to SEO. Stacey, Conor, Liam and Nathan have been fantastic, they are professional, helpful and nothing is to much trouble. As soon as we went live the responses from patients came flooding in. Really impressed 5*.

It’s been an absolute pleasure to have Mosaic on board at the Warrington Wolves Foundation. Not only have they provided invaluable insight and expertise, but they’ve updated our website and supported us with any technical issues we’ve faced. They’re far more than just another web design company to us though, being active patrons for the charity. Taking time out of their busy schedules to attend as many of our events as possible, from the family mile to the student careers advice day – Mosaic truly are a credit to the town, and long may that continue!

A very professional yet friendly team and nothing was too much trouble. Stacey was a pleasure to work with; extremely attentive, very quick to respond and was very flexible and patient with our varying ideas. We are very pleased with the end results and found the service provided by Mosaic to be great value for money. Thanks very much from all of us at Rapid Colour Services!

Mosaic (Stacey and Liam in particular) have been fantastic! When I approached them with a pretty big and complicated task they just knew exactly what to do. They understood the industry I am in and applied it perfectly into our bespoke website. No job is too big or too small for these guys! Thank you so much to the whole team! 100% recommended you will not be disappointed!